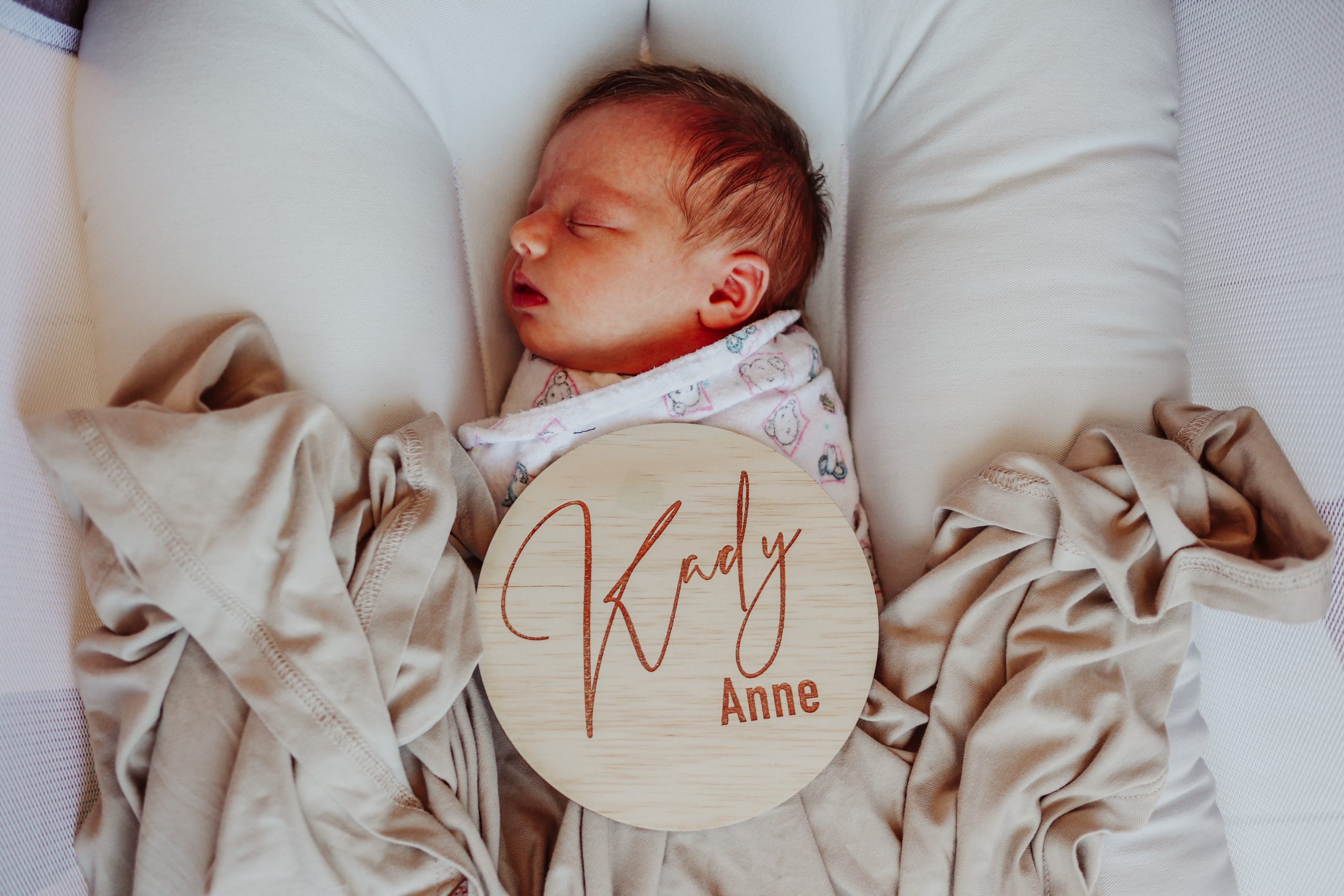 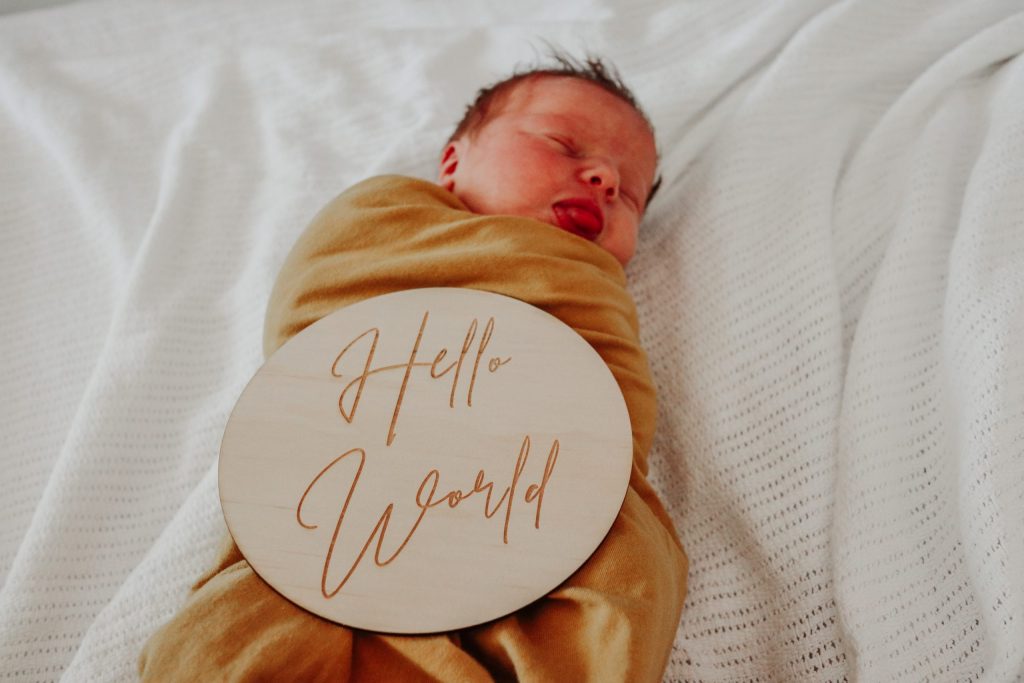 Kady’s birth story is oh so different to Jaspers…

Okay, so this all started in December, when my hubby decided to go on a camping trip in the break between Christmas and New Years. Of course, while he was away, I started getting contractions, they weren’t too painful, and I wasn’t even sure if they were legit, but they were getting more and more intense. I thought this is going to be such a funny birth story one day! Anyway, it had been the whole day, and in the evening I called my midwife, and she encouraged me to tell my hubby to cut his camping trip short and come home. Just as well, because I was really struggling by myself, having contractions and looking after a toddler. He was about 3 hours away and got home just after midnight.

The next day, the contractions were still coming, but they were very irregular, and not super painful. They seemed to be getting further and further apart too, and then they just stopped. I was kind of glad, because I didn’t really want my baby’s birthday to fall in between Christmas and New Years anyway. But I did feel a bit bad, because hubby came home for no reason.

Anyway, fast forward a week, and it’s the ATP tennis tournament. We had tickets to go and see Nadal play and I was super excited. I went with my in laws to the match, as hubby had a bucks party that he was going to.

The whole car ride to the tennis I was extremely uncomfortable, and felt an intense pressure in my pelvic area. We arrived at the tennis and I thought, I better go pee, because once a match starts you can’t really leave. I quickly discovered that I had just lost my mucus plug (this didn’t happen with Jasper!) I called my midwife, and she said it could still be days or even weeks and not to worry too much. This was at 5:30pm 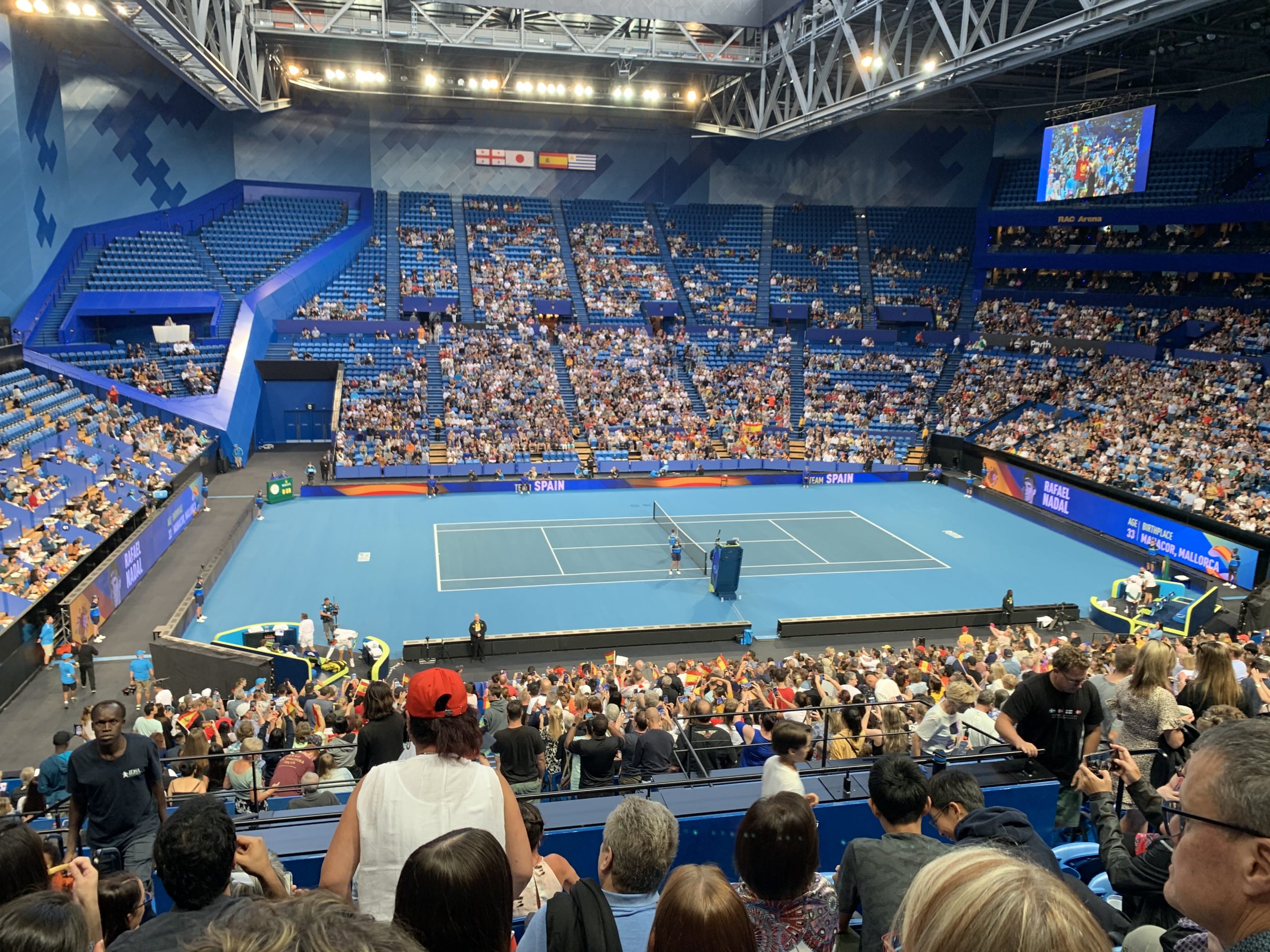 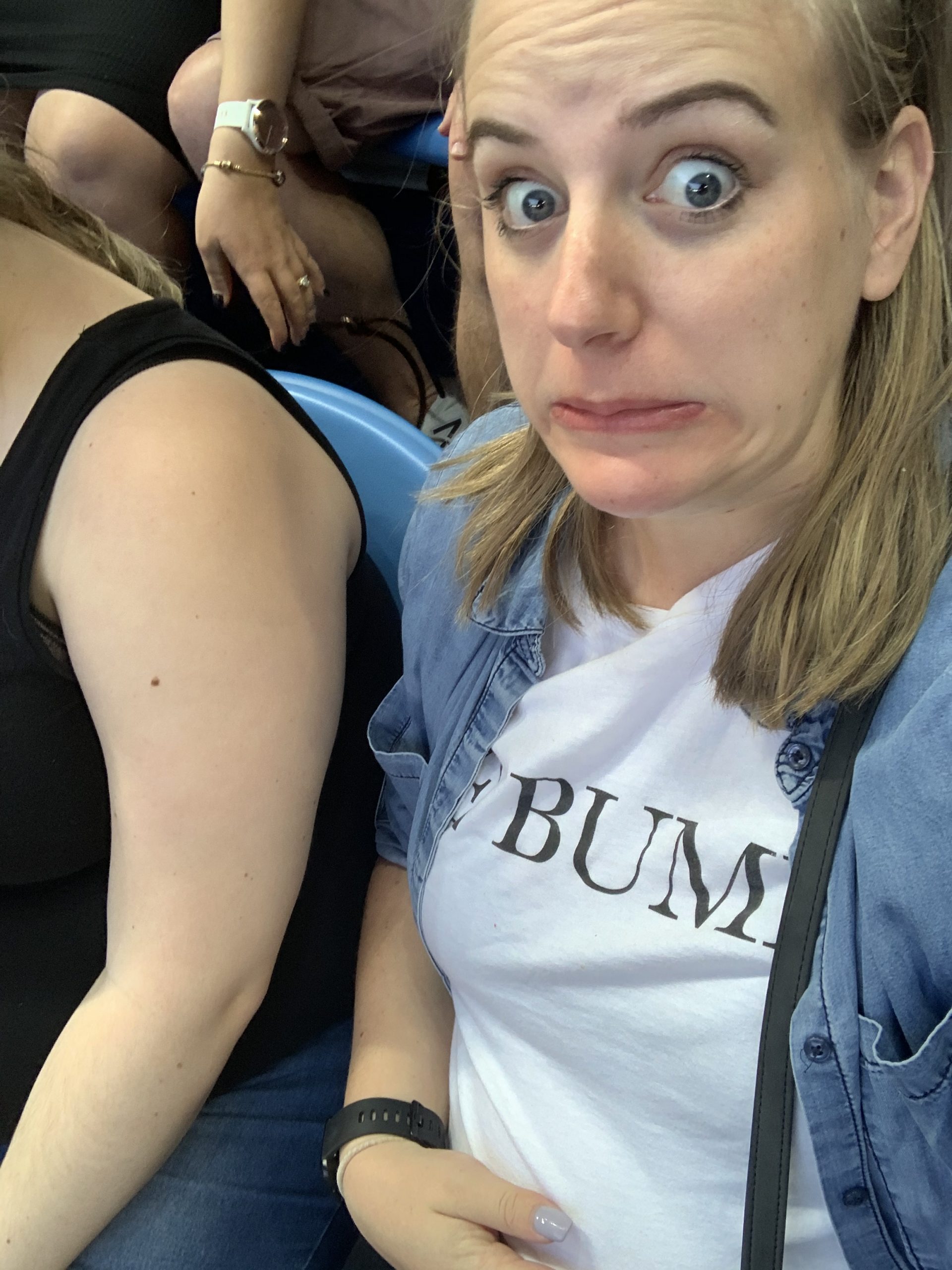 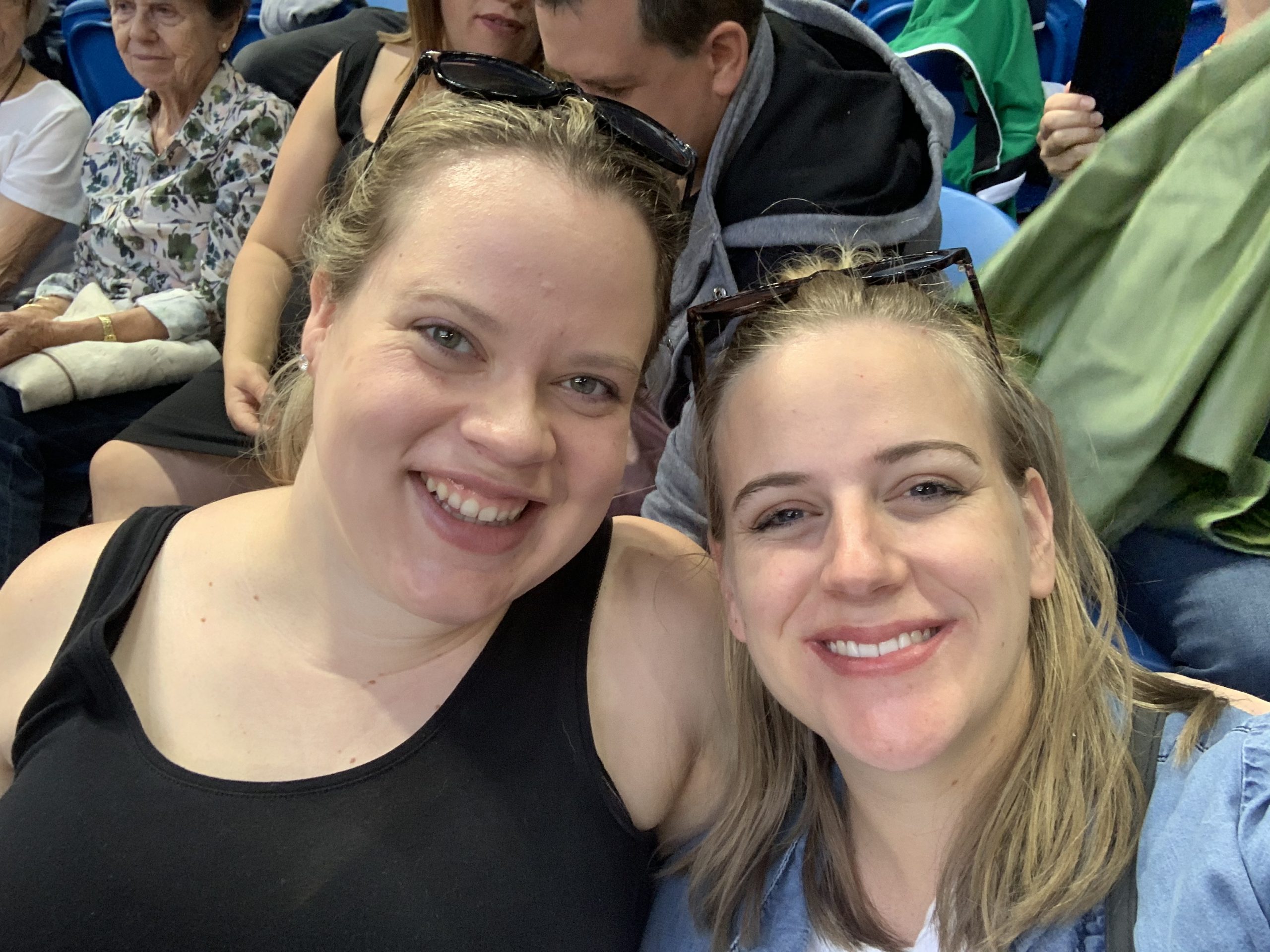 Anyway, we watched the first match, my mind was elsewhere though, because the weird pressure in my pelvic area kept coming and going. I decided to start timing it, and it seemed pretty regular so I concluded that it was contractions. Nadal came on to play and I was so excited to watch his match, but unlucky for me, the contractions were getting pretty intense so I called my midwife and she recommended that I come home. It worked out well because hubby was about 10 minutes away from us at the bucks night. So my sister in law said that she would give me a lift home. As we were walking to the car, at around 8:25pm, my contractions got so intense that I had to stop walking and breathe through them. My water also semi-broke at the traffic light in the city, fun times. This birth story was seriously making me feel like I was in a movie. 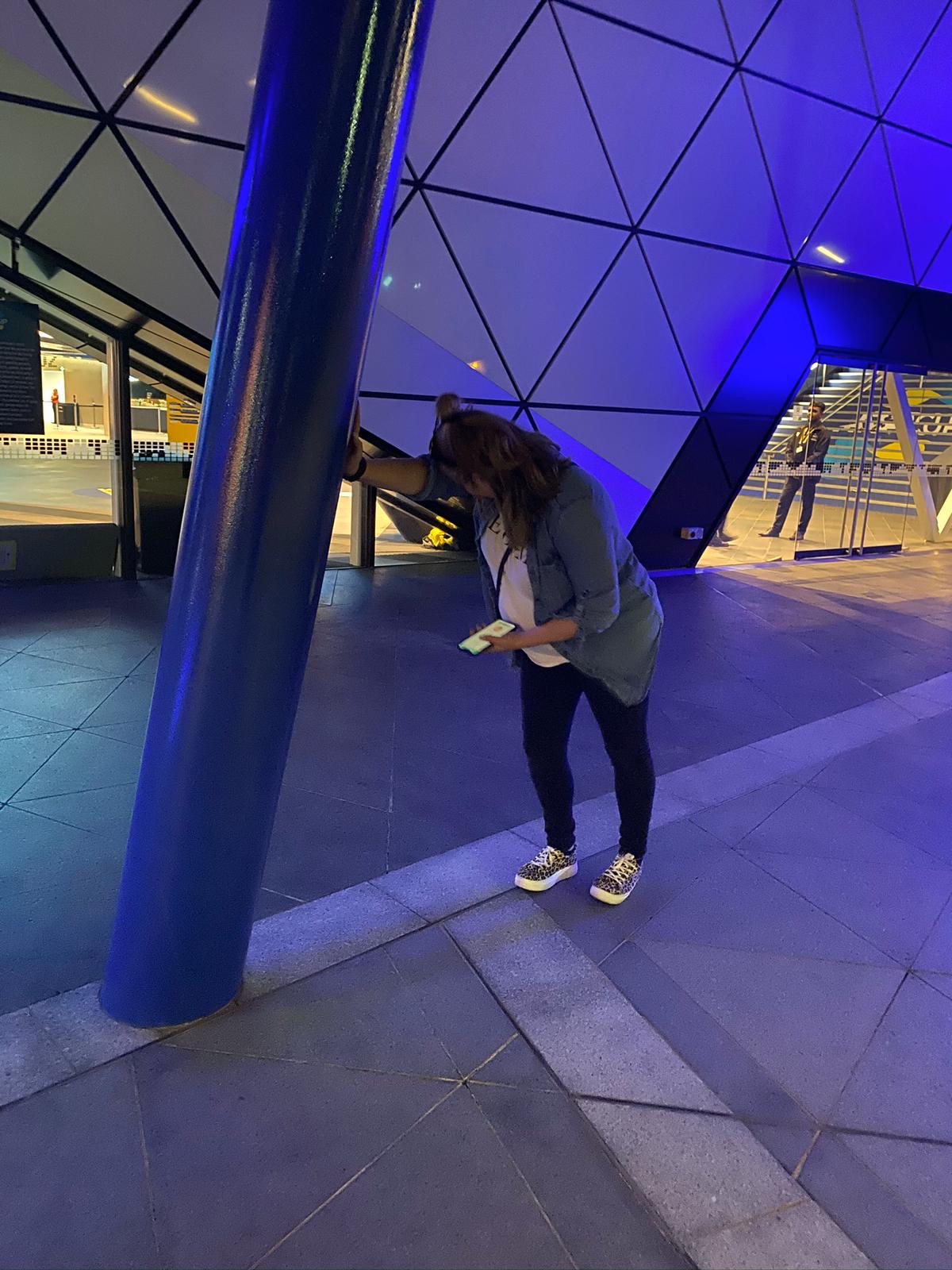 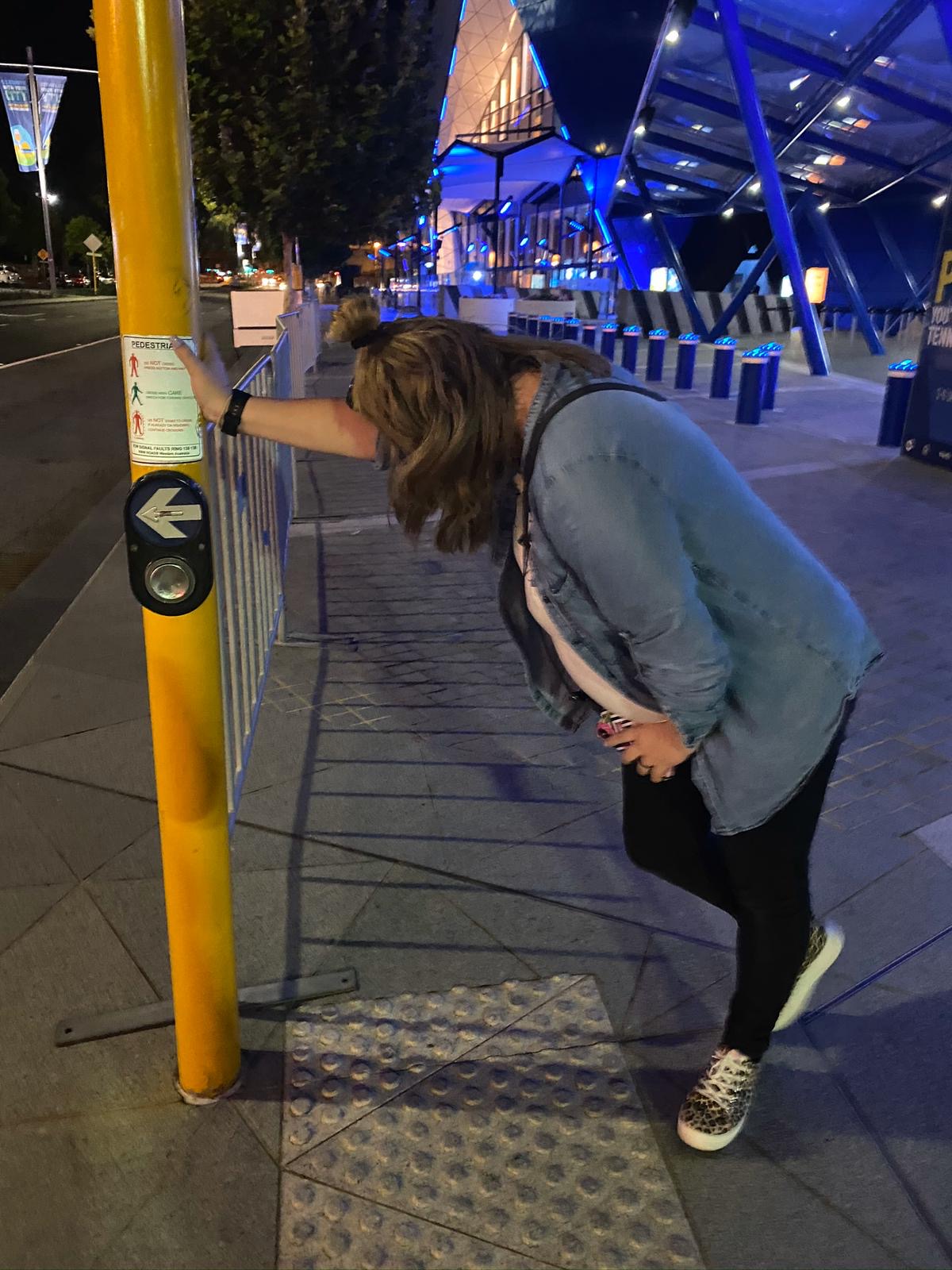 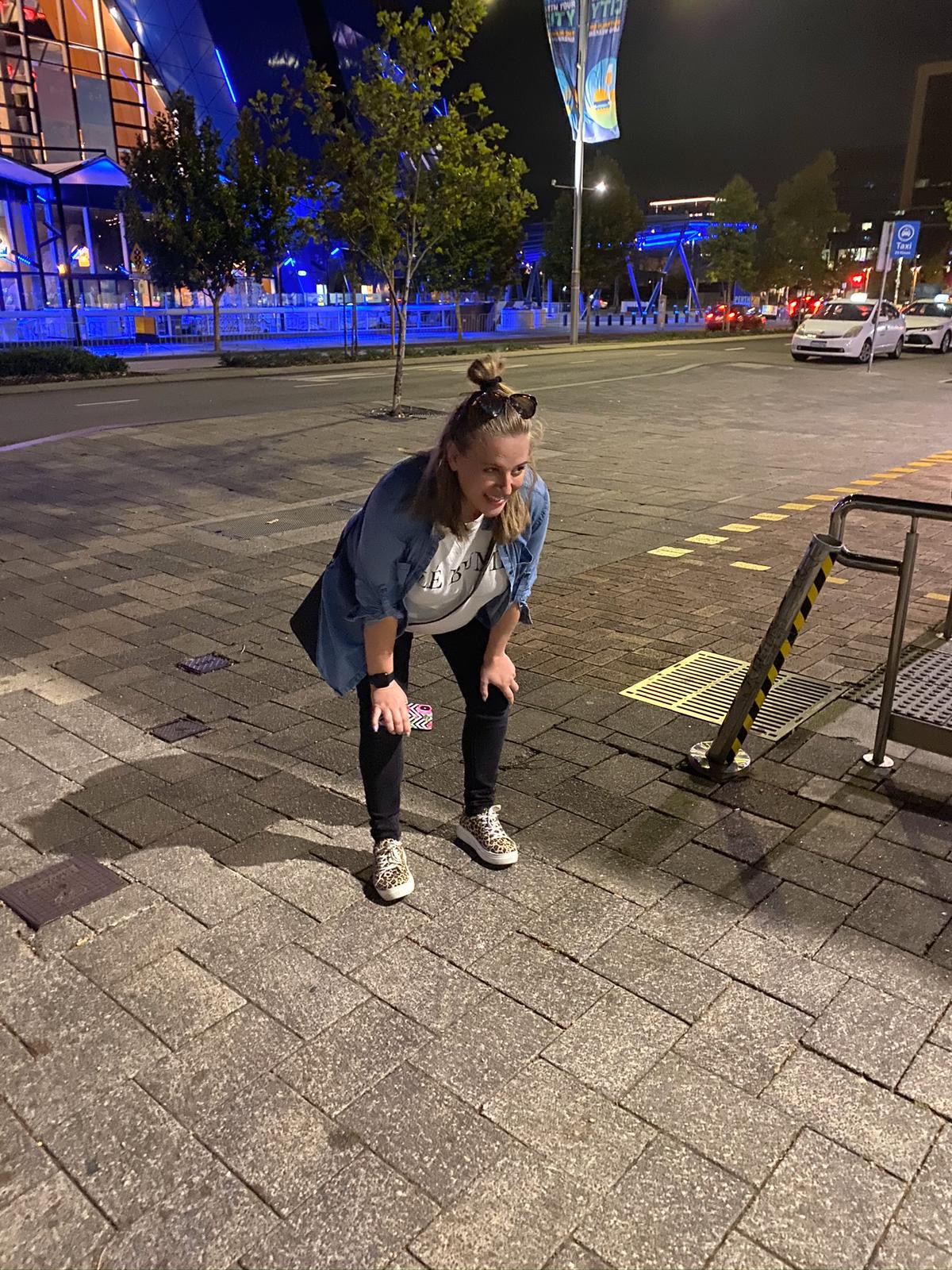 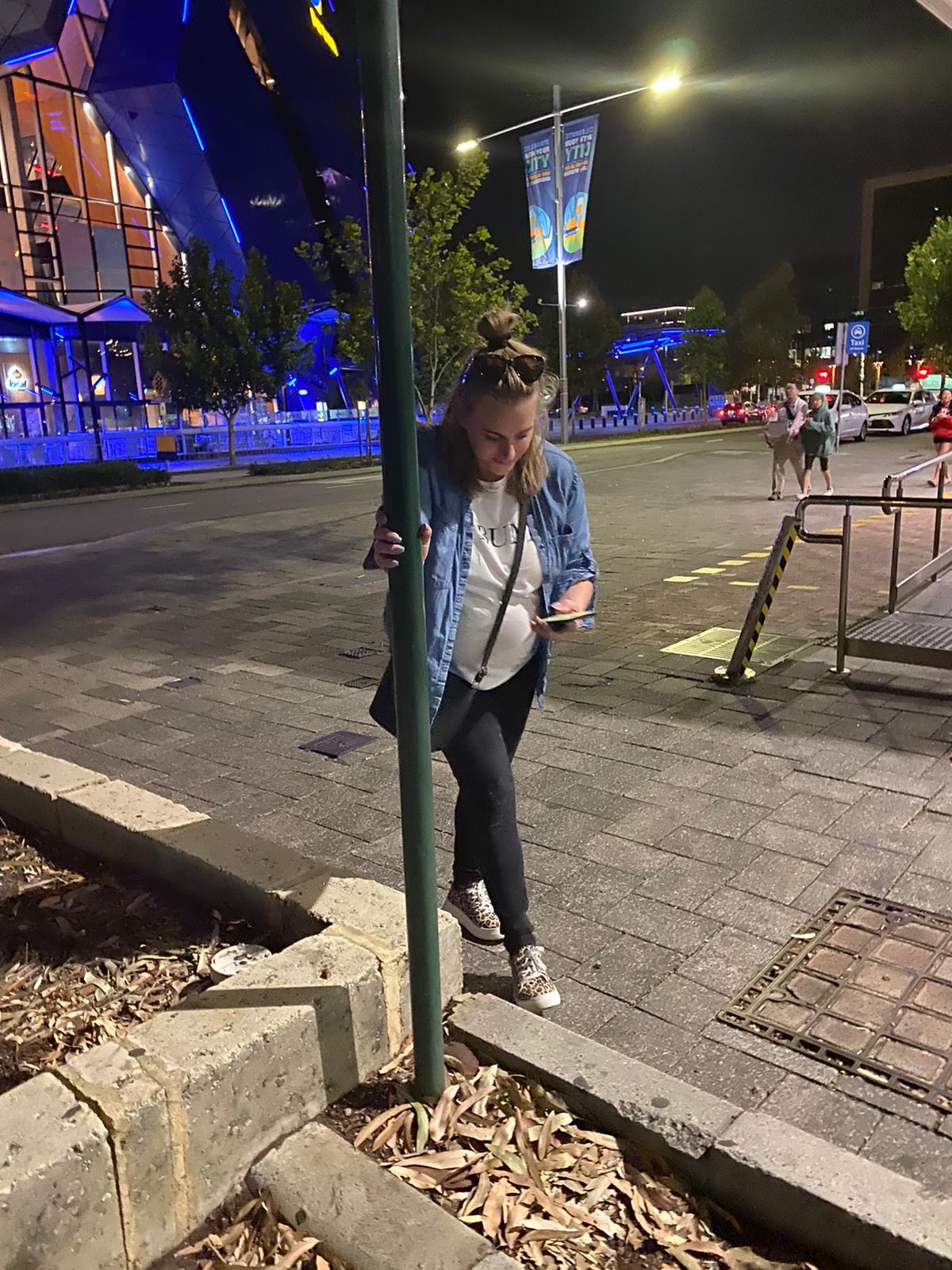 At 8:37pm there was a big gush and my waters fully broke, in my sister in laws car, I felt SO BAD! We picked up hubby and got home as fast as we could. My midwife asked if there was blood in the water, so with a tissue I wiped the seat, and it was FULL OF BLOOD. She was calm, but would later go on to tell me that this is definitely not normal, or a good sign.

When we got home, I had a quick shower, my midwife, who is a champion, met us at home, she inspected me and I was 3cm dialated. I laboured for a little bit at home on the bouncy ball, but we quickly decided to go to the hospital, because the pain was getting too much. Lucky for that false labour the week prior, because it forced me to pack my hospital bag!

We left for the hospital, I went in my midwives car, and hubby followed us in our car. I wish I went with him though, as I think he would have done an a amazing job of helping calm me down – he also somehow got to the hospital quicker than us.

We parked the car, and at this stage I could barely walk, I legit just wanted to crawl. I kept feeling the urge to push, like I needed to poo or something. I just wanted the epidural already, I think I was begging. 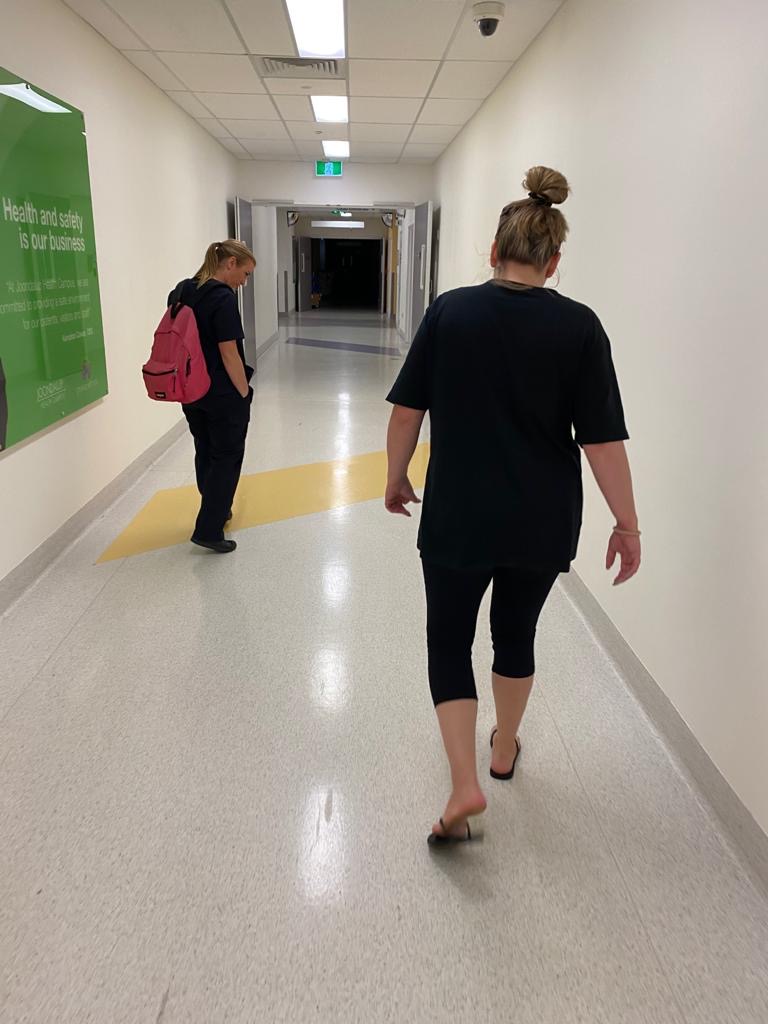 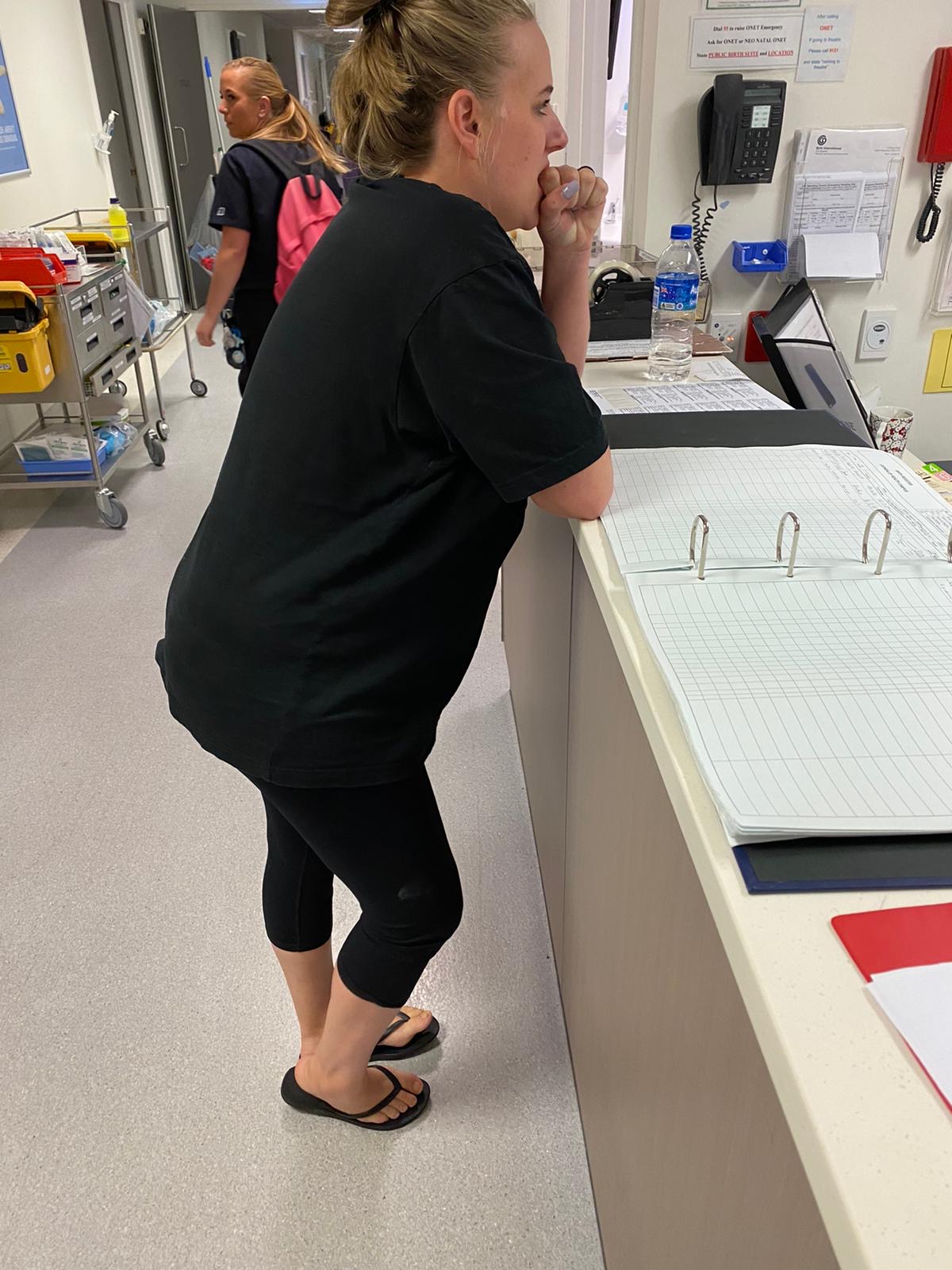 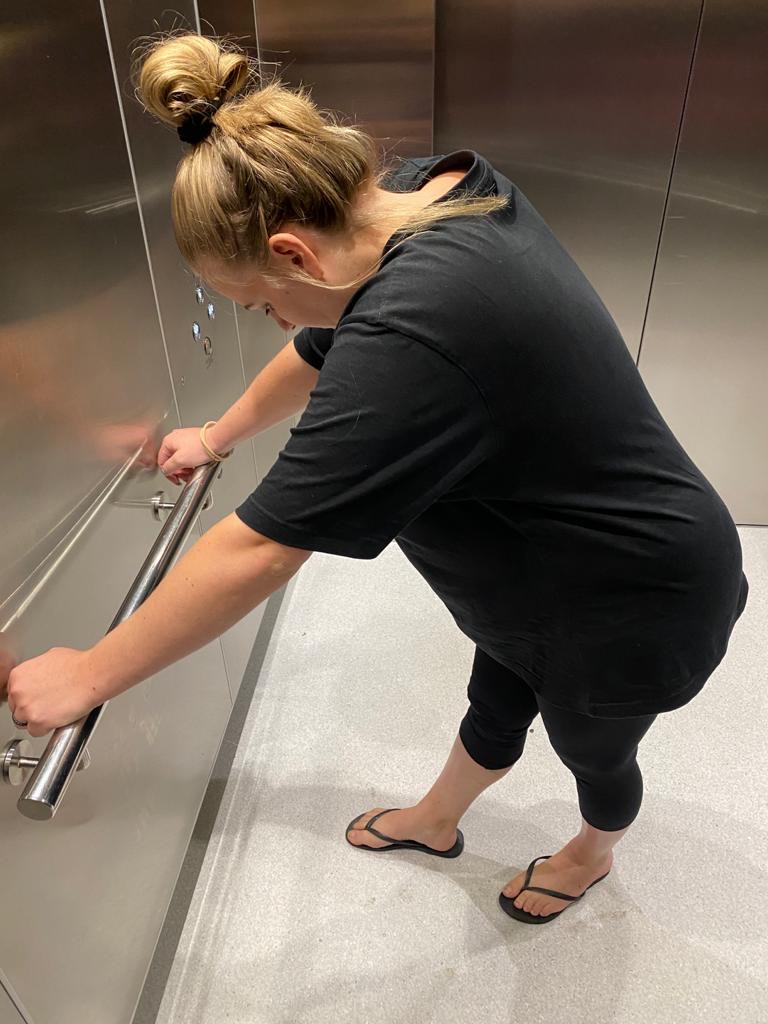 I went straight into a birth suite, we arrived at the hospital at 10:18pm. Before they could get me the epidural they needed to get a cannula in, I was pretty dehydrated and it took them 5 attempts before eventually getting it in. Then, I had to get off the bouncy ball, and onto the bed, which was so uncomfortable. They examined me, and I was 6, more like 7cm dilated, so things were progressing quickly. it literally took them SO LONG before they even started with the epidural. I was starting to cry and really struggling to breathe through my contractions, which were coming hard and fast.

You have to sit still for the epidural, and it is a miracle that I did. By the time it was in (5 attempts!!!!!) I just said “I NEED TO GET ONTO ALL FOURS AND PUSH” literally, 3 pushes later, and miss Kady was born at 11:37pm. So I literally did it without the epidural even working! It was kind of a cool feeling to feel my body naturally push her out. It just knew what to do. 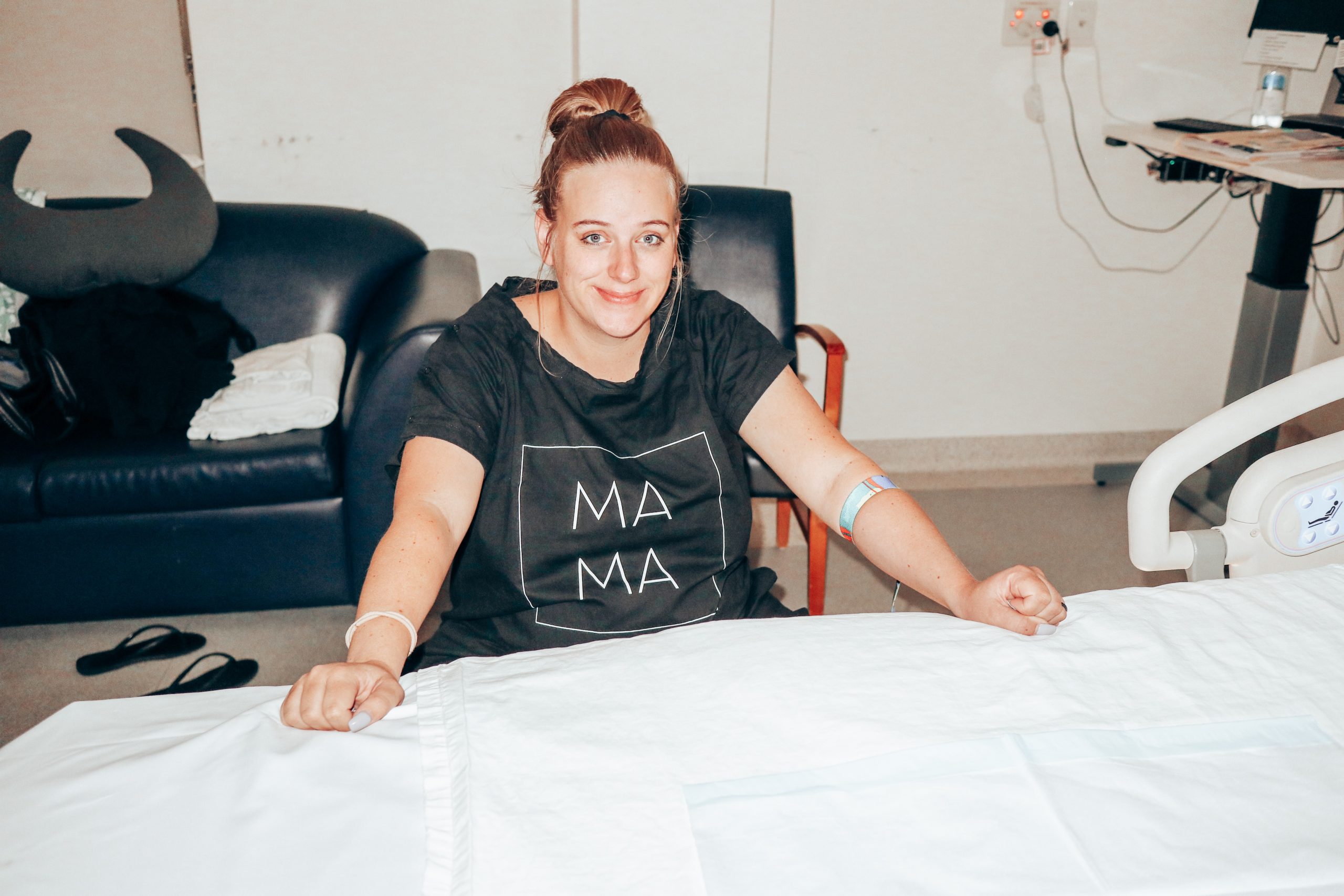 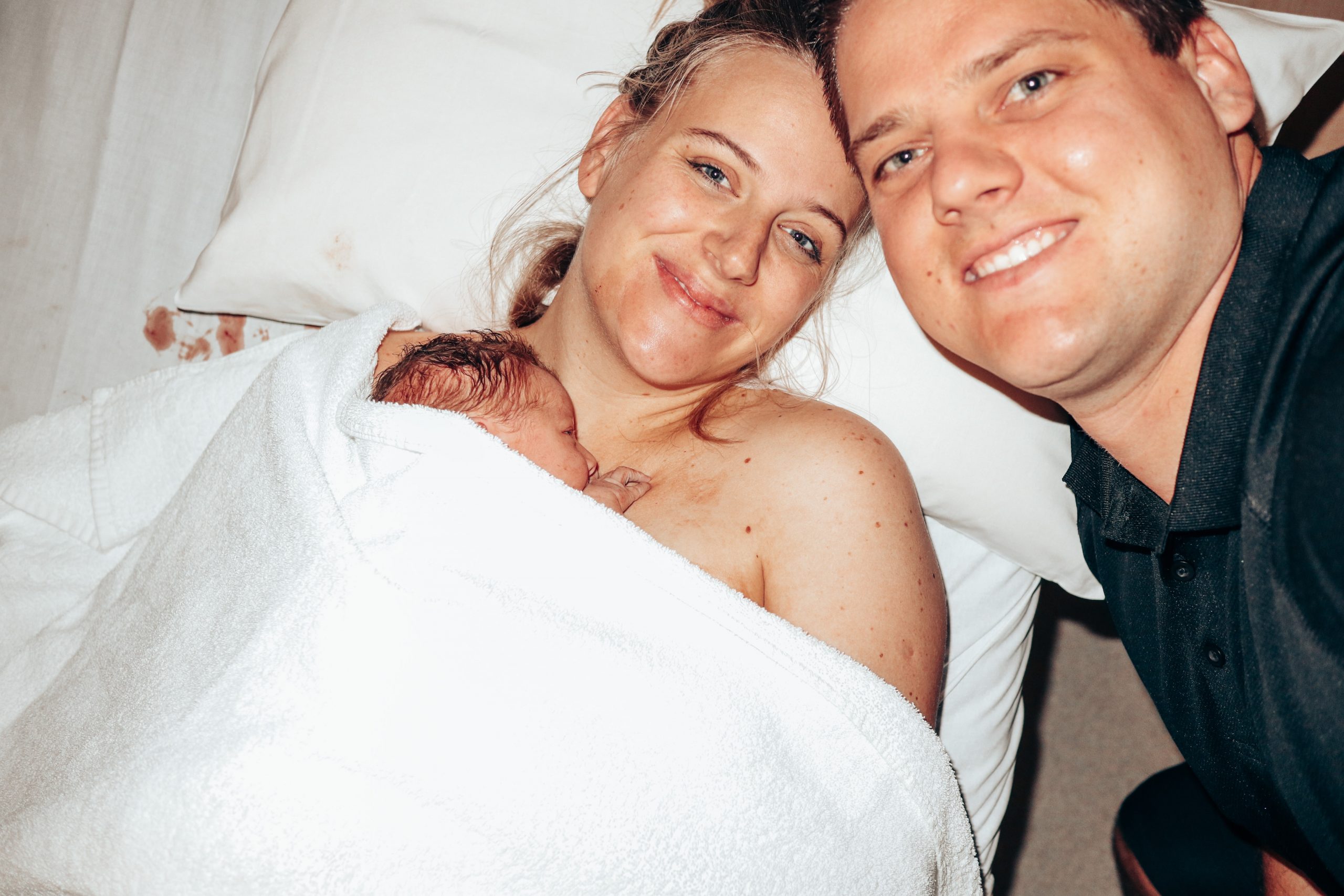 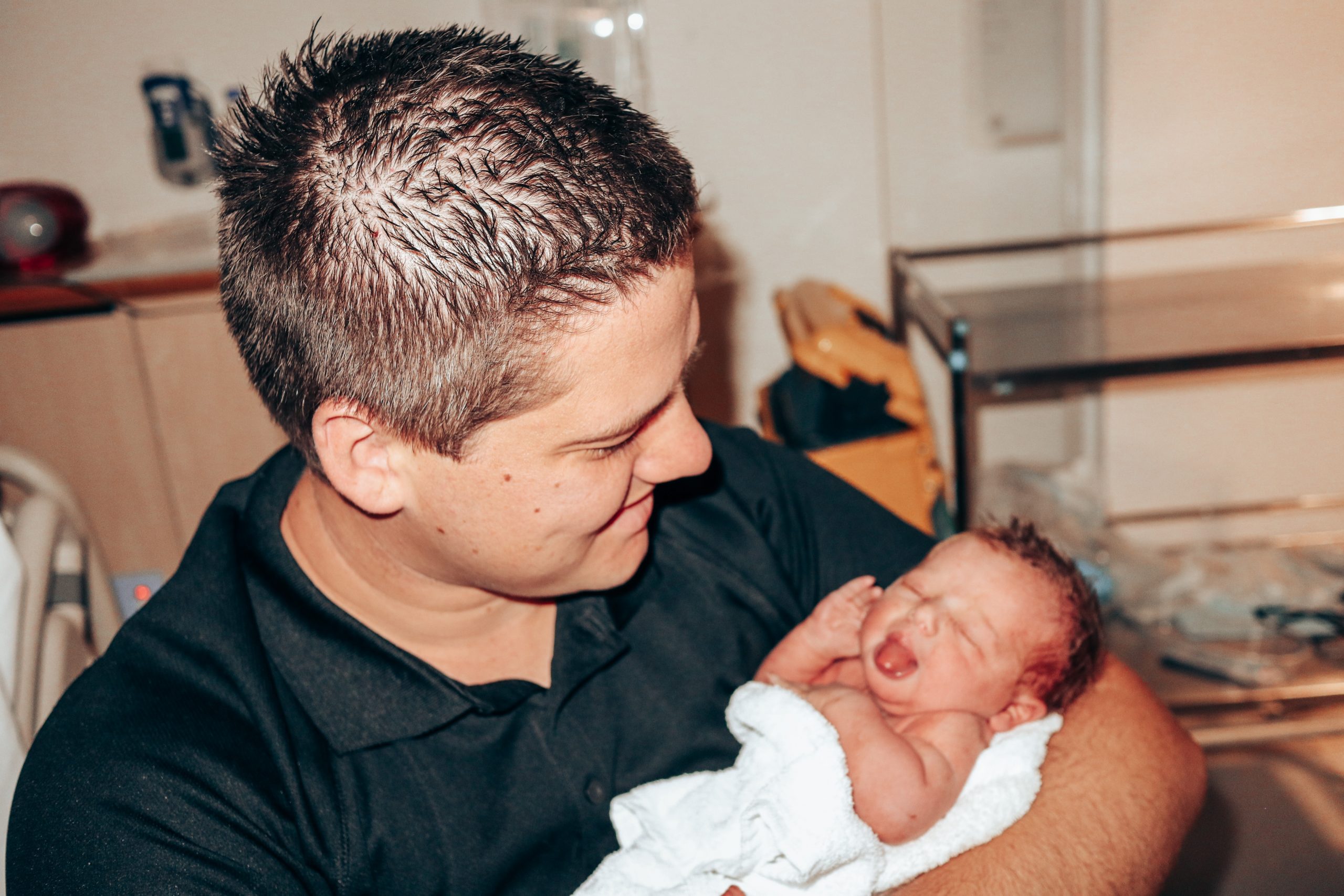 They handed Kady to me under my legs, as I was still on my knees, but as I tried to bring her to my chest, she got stuck. My umbilical cord was EXTREMELY short, and my placenta had started to let go.

The next hour was spent with my legs in stirrups and a doctor manually removing bits of my placenta – f###ing painful that was, thank god I had the epidural in, because they were able to administer some pain relief for that which really helped.

I was able to breastfeed Kady, and then have a shower while dad had some skin to skin time. My legs were so wobbly from the epidural that I had to sit and shower, but my god, that is literally the best shower ever, because labour is HARD.

It was around 5:30am by the time I was moved to a room in the ward, I got a private room which was so lucky! I managed to get some sleep until 9am.

I had lots of family come and visit and meet Kady, but the most special visitor was Jasper, it was so sweet watching him meet his little sister. To be honest, the 5th January is all a big blur, I had visitors, I ate and I showered. Then at night, during the midwife handover, I found out that Kady had ingested some blood during birth, and there was blood in her poo because of it, it all sounded normal, but the midwife taking over asked if I could please call her when Kady next had a dirty nappy. 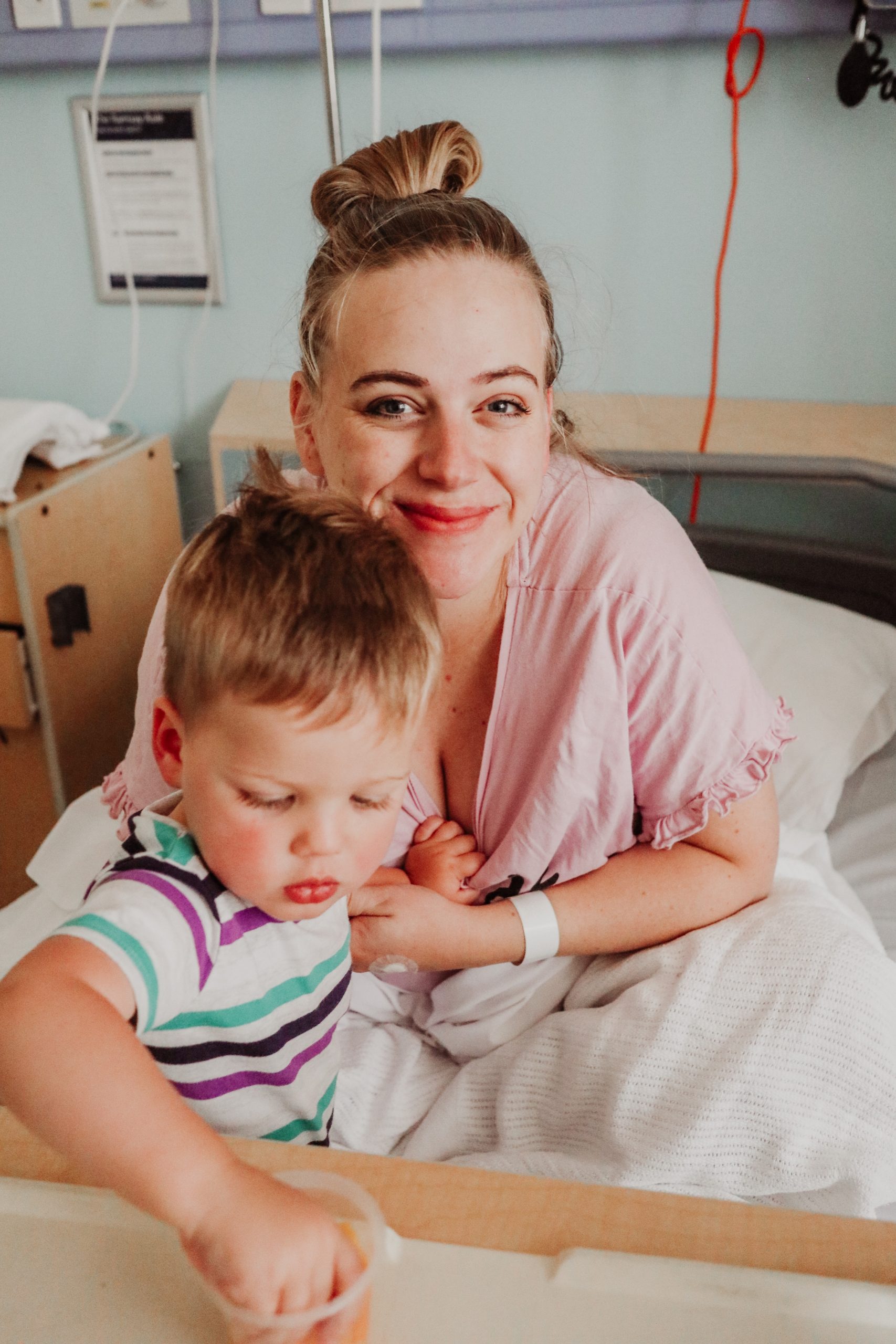 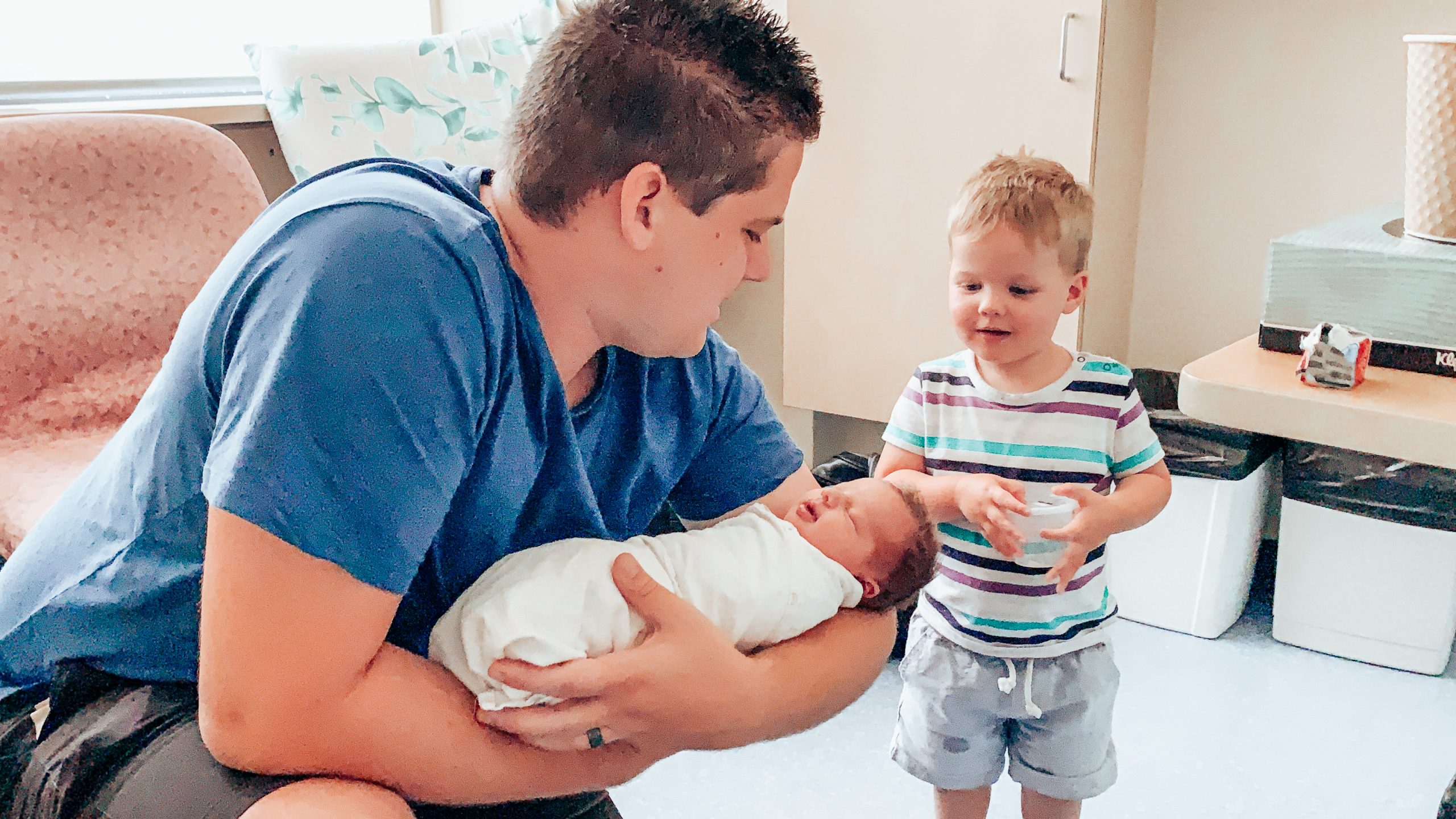 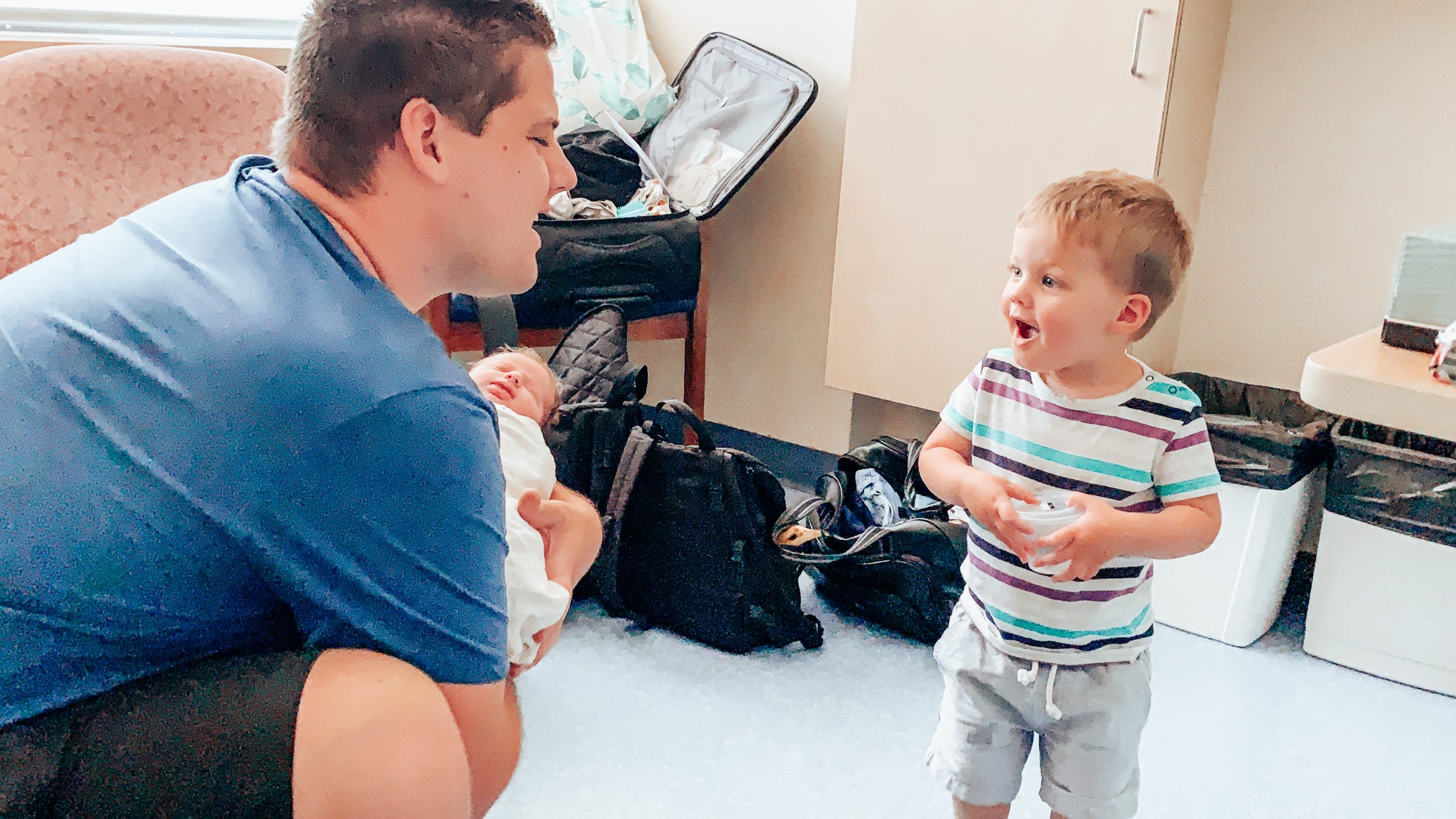 This was around 10pm, I had been struggling to settle Kady, I think her tummy was sore, she did a poo, and there was a fair amount of red blood in it. The midwife immediately took me to the special care nursery and we saw a paediatrician. The midwife mentioned that Kady had fluctuations in her temperature and had done a Brown coloured vomit earlier in the day. This made the paediatrician a little concerned and they decided to admit Kady and treat her for potential liver/kidney issues. She had to get a drip, and was put onto antibiotics. I had to go back to my room alone, and I sobbed my heart out. I was so scared and worried that this could be more serious than I thought and that I might lose my baby girl. 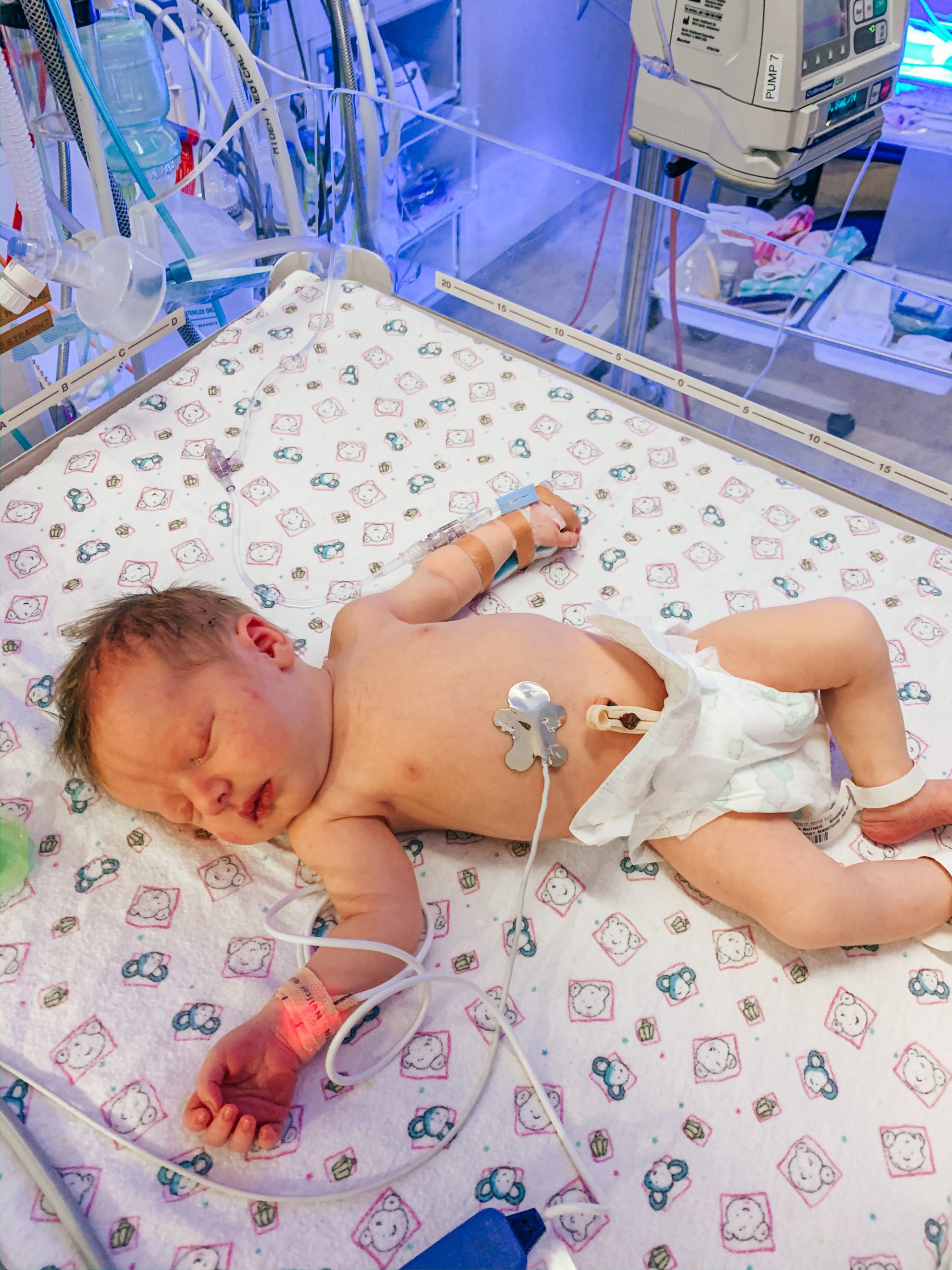 I was told to express milk so they could bottle feed her. I didn’t even think to ask if I could breastfeed, I was so tired and emotional I just said yes to whatever they told me to do.

The next day, hubby was filled in, my original midwife told me that it’s all precautionary and that I don’t need to worry because there was so much blood at birth and she just ingested a lot of it. It would take a few days for it to work out of her system. She had to be on antibiotics for 48 hours though. Hubby got them to okay me breastfeeding her, so that night I set an alarm to go off every 3 hours so I could go feed my baby. So not the kind of birth story I had in mind. 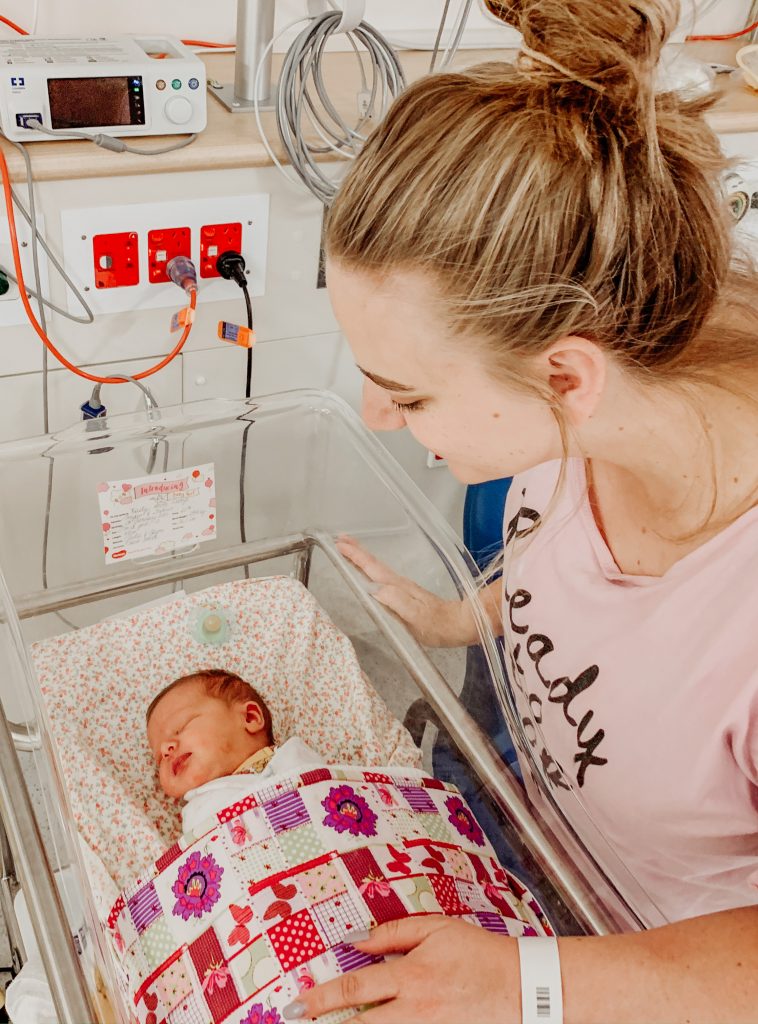 The one nice thing was that I was able to get sleep in between feeds, because she was in the nursery.

The next 2 days dragged on forever, and once she was finally discharged from special care, we were told that she had to stay another night so they could monitor her, I just wanted to go home already.

We went to hospital on Saturday night, and were finally discharged Wednesday afternoon! All of Kady’s results came back good, and they concluded that it was simply ingested blood. This kind of annoyed me though, because it means she went on antibiotics unnecessarily and it messed up her gut a bit, but it is what it is.

I am so thankful that she is here, and healthy. So far, she has been a dream baby, who feeds well and sleeps well. Let’s hope she continues on this path!

If you made it this far, thank you so much for reading our birth story! X 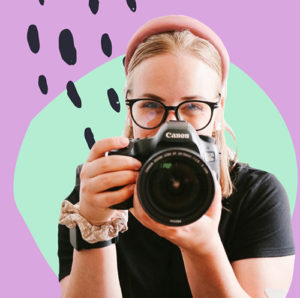 I am a  Perth product photographer + stylist who is passionate about capturing creative, colourful and bright product imagery for brands who want to stand out. 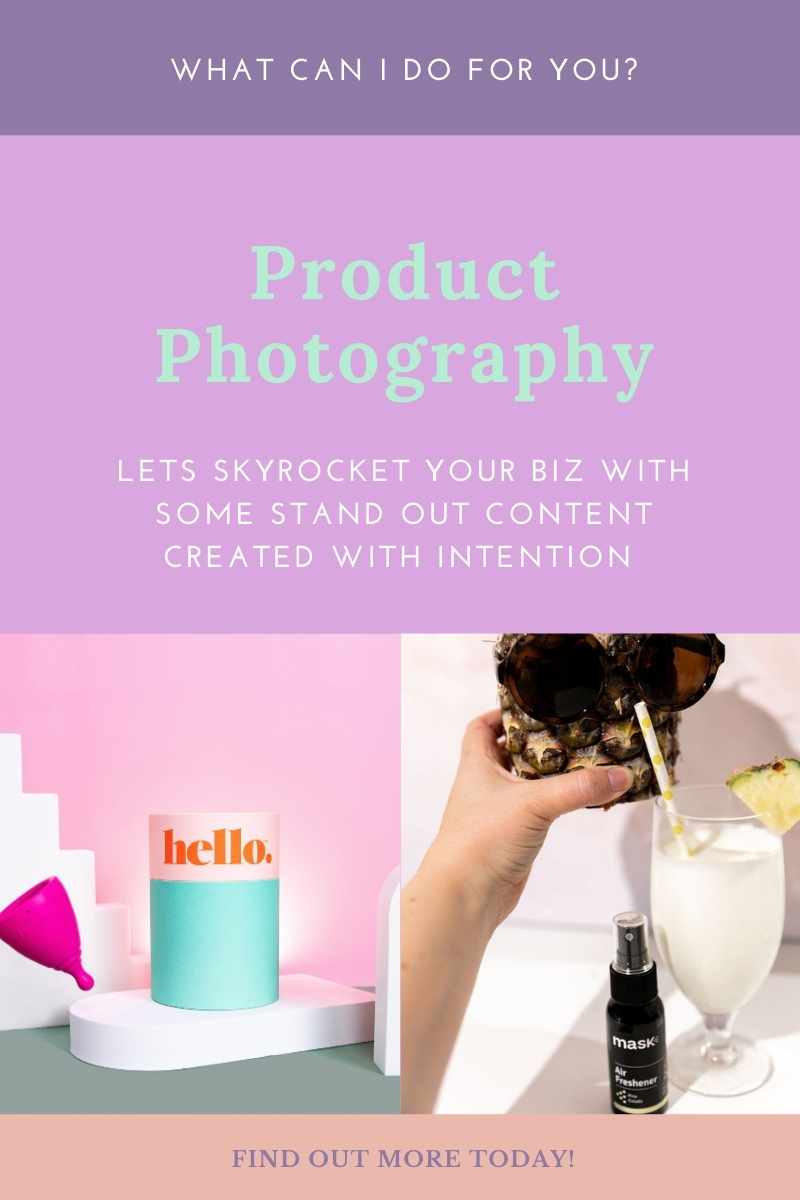 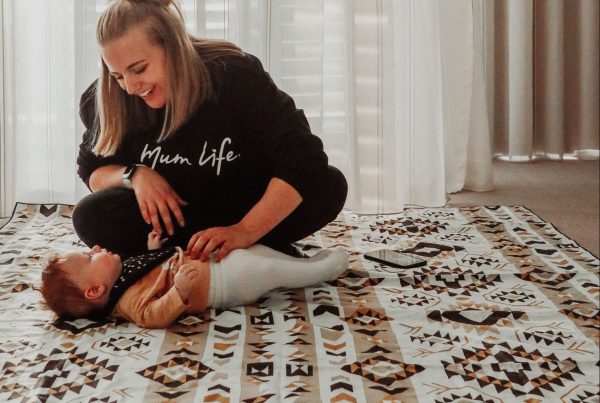 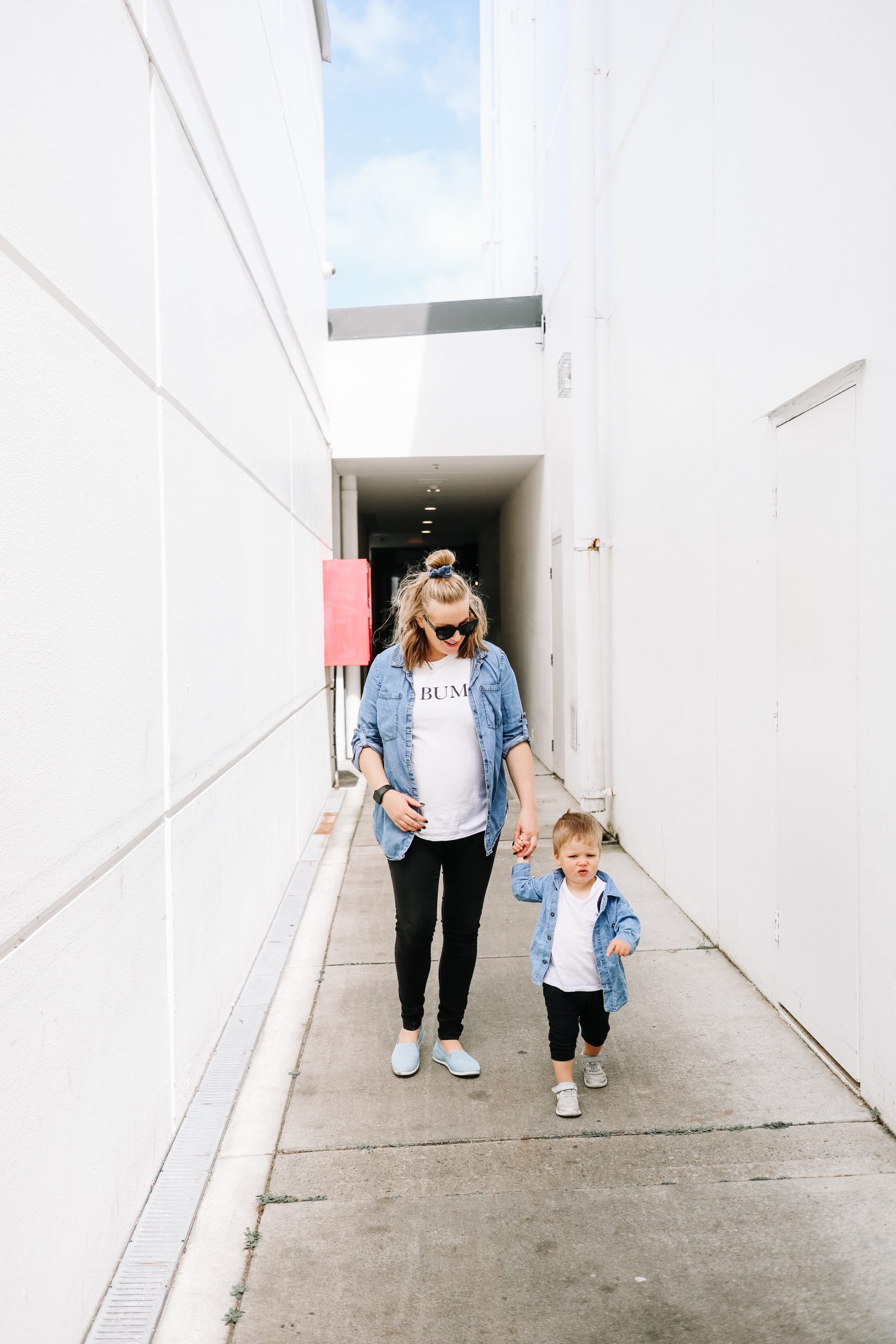 Pregnancy Outfits: A roundup of my favourites 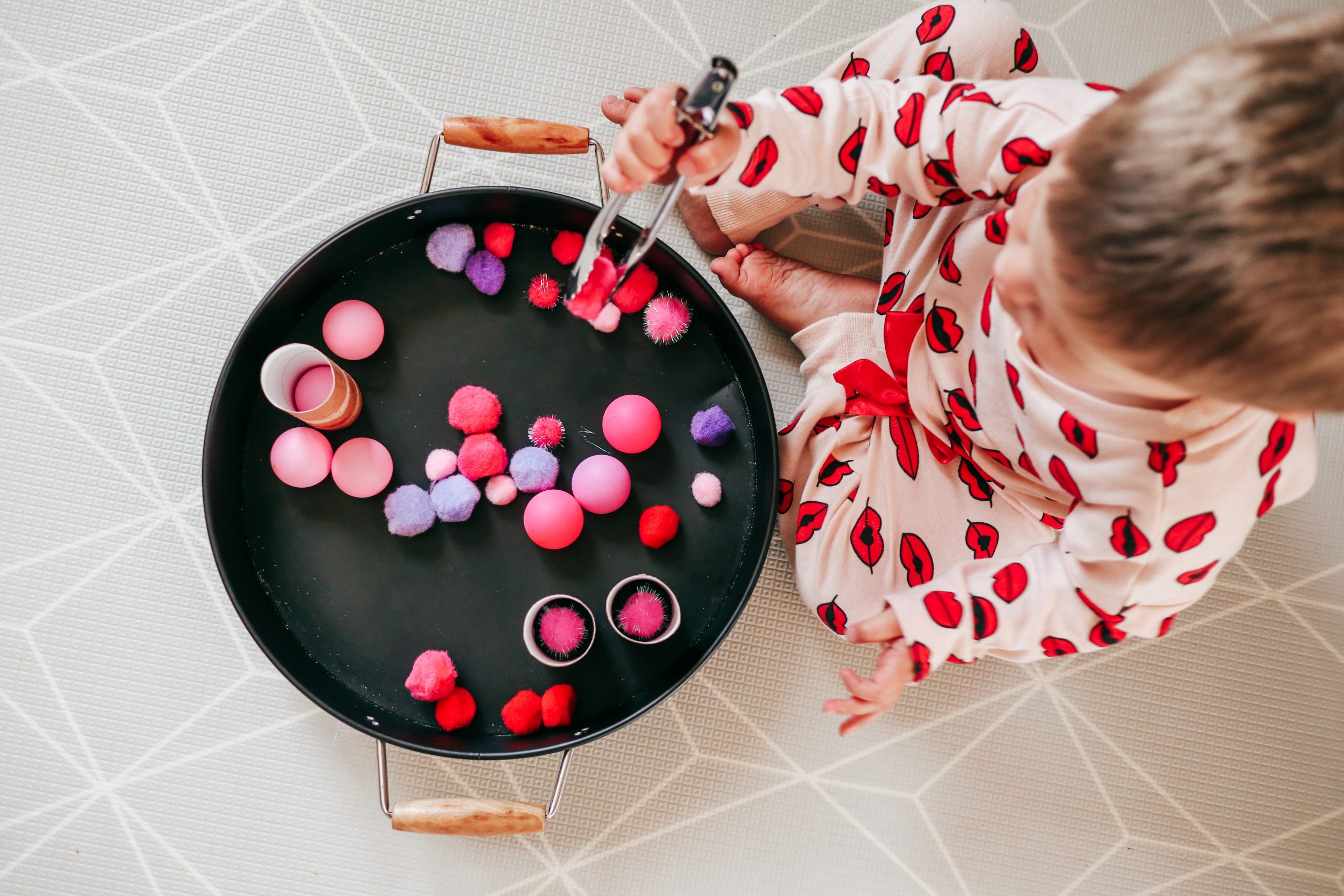